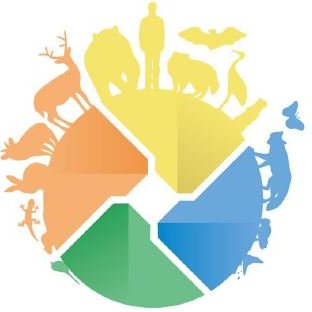 ​There is an increasing potential to incorporate recent advances in our understanding of molecular-genetic pathways of flowering-time regulation to forecast shifts in flowering phenology in response to rising temperature. Recent studies developed models that integrate temperature and photoperiod signals into the network of floral regulatory genes, and predicted the shortening of flowering duration under warming based on the expression dynamics of major flowering-time genes in the perennial herb Arabidopsis halleri subsp. gemmifera. Nevertheless, empirical testing of the model prediction is still lacking. We performed temperature manipulation experiments and common garden experiments to test the model predictions using plants from two distant populations of A. halleri. We also quantified expression levels of two major flowering-time genes and compared the observed and predicted gene expression patterns. Our experiments in the laboratory and the field demonstrated that flowering duration of A. halleri was significantly shortened under warming conditions. Our results also revealed that the end of flowering was more sensitive to the climate warming than the onset of flowering in A. halleri. The observed gene expression dynamics in the warming condition were predicted well by the gene regulatory model. The transplant experiment of plants from Hokkaido, the northernmost island, to the subtropical field site in Okinawa, Japan, showed that plants flowered without significant activation of FLOWERING LOCUS T, a floral integrator crucial for the accelerated flowering in long days. The study suggested that the redundancy of flowering gene regulatory network could be beneficial to the persistence of flowering ability under extreme climatic conditions.